Scarlets fly-half and rising star Sam Costelow is being sponsored by the Jenkins Bakery this season.

“We have an advertising presence in the stadium which can be regularly seen on televised matches.

“And, this season, we will be sponsoring young Sam Costelow, who is definitely a name to watch for the future.

“Sam is a very exciting prospect for the Scarlets and we wish him well for the future season.”

The talented 19-year-old earned rave reviews for his performances for Wales U20s during the 2020 Six Nations.

From Pencoed, he was part of the Ospreys U16s set-up before moving to Leicester Tigers.

He made a couple of senior appearances for Leicester in Europe last season and was also on loan with Greene King IPA Championship side Ampthill.

But it was during the latest U20s campaign that he hit the headlines, scoring a superb solo try in the opening match against Italy in Colwyn Bay and then completing a full house in a man-of-the-match display against England at Kingsholm.

Sam linked up with the Scarlets in the summer and made his debut in the pre-season match against the Ospreys in Parc y Scarlets in September.

Your chocolate eclairs are lush. Melt in the mouth choux pastry filed with fluffy fresh cream topped with lovely chocolate. I travel miles for a Jenkins chocolate éclair if I lived away!!!

Big Thank You to the Morriston branch. Staff are always so pleasant and helpful. Picked up my mums 80th Birthday cake yesterday and it was lovely. Not did it only look good but tasted great too. 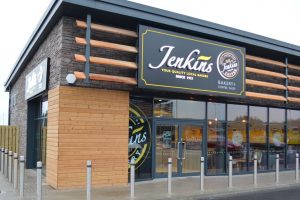 Latest opening times for Jenkins Bakery outlets and coffee shops are listed below. Jenkins Bakery operations director Russell Jenkins said: “We have been taking a step-by-step approach to reopening shops, taking care to ensure the health and safety of staff 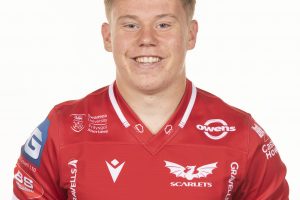 Scarlets fly-half and rising star Sam Costelow is being sponsored by the Jenkins Bakery this season. “We’re very proud of our association with the Scarlets,” said Jenkins Bakery operations director Russell Jenkins. “We have an advertising presence in the stadium 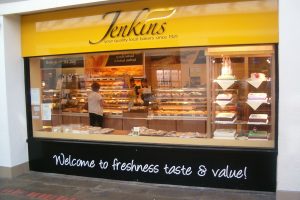 Hot off the Press: There’s more good news for Llanelli town centre. The Bakerboy in Stepney Precinct, Llanelli town centre, reopens on Friday (3.07.20) 9.00am -2.30pm Monday to Saturday. We have been taking a step-by-step approach to reopening shops, taking